Marks and Spencer celebrated its best ever Christmas as it became the UK’s fastest growing grocer and bras flew off the shelves.

Food sales in the three months to January 1 were 10 per cent higher than a year earlier – leaving rivals including Tesco and Aldi in its wake. 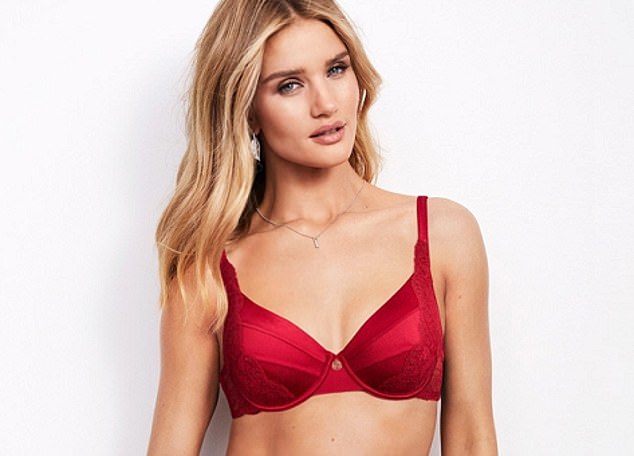 M&S enjoyed a record-breaking quarter for lingerie as women flooded back to stores for bra fittings once lockdowns eased.

Sales of bras – including lines designed by model Rosie Huntington-Whiteley – were 40 per cent ahead of 2020 and 13 per cent up from 2019, with its Bluewater store in Kent fitting around 650 women every month.

Signs of recovery at M&S had seen shares almost triple since their pandemic low in mid-2020. But the stock fell 8 per cent, or 20p, to 233p yesterday as it warned of a ‘tricky balance’ to manage increasing costs.

M&S said that while it was working hard to keep prices down, it was inevitable that some rises would be passed on to customers.

The 138-year-old retailer has more than 1,000 shops in the UK including more than 700 Simply Food shops.

Across the group sales hit £3.3billion, an 18.5 per cent jump from last year and 8.6 per cent above pre-Covid levels.

It led to an upgraded forecast and the retailer said profits for the year to April 2 would now be ‘at least £500million’. It is its third profit upgrade in the last six months.

The strong performance in clothing, which has struggled with declining sales for years, saw sales top £1billion.