BAE Systems revealed the full extent of its contribution to the economy as the UK’s defence industry comes under siege from foreign bidders.

The contractor supported 143,000 British jobs and generated more than £10billion for UK GDP in 2020, according to research by Oxford Economics.

This is the equivalent of 0.5 per cent of the entire British economy. 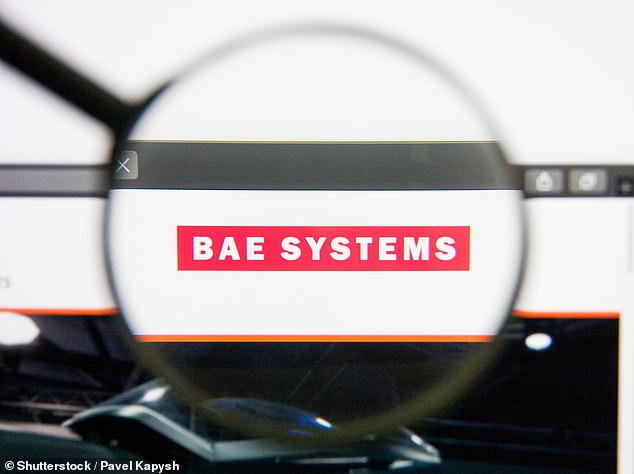 The company employs 35,300 people in the UK – with more than 40 per cent of its staff based in deprived local authorities.

Britain’s biggest defence group and many of its rivals have been credited with playing a key role in the levelling-up agenda.

But the wider defence and aerospace industry has been targeted by a raft of foreign buyers – with firms including Cobham, Ultra Electronics and Meggitt falling prey to bidders in multi-billion pound deals.

Business Secretary Kwasi Kwarteng will face a major test of his approach to takeovers in sensitive industries next week when he is presented with a report by the Competition and Markets Authority (CMA) into the £2.6billion swoop on Ultra Electronics by private equity giant Advent International.

Kwarteng ordered the CMA to investigate the deal last year.

Politicians and experts have urged the Business Secretary to block or place tight restrictions on the Ultra tie-up because the company makes critical equipment such as submarine-hunting sonobuoys that could be key to ensuring Britain’s security in the seas in the coming years. Tory grandee Lord Heseltine, former head of the Royal Navy Admiral Lord West and Defence Committee chairman Tobias Ellwood are among those who have criticised the Ultra deal.

Ministers were handed powers to intervene in foreign takeovers earlier this month. The National Security and Investment (NSI) Act forces the Government to scrutinise deals in 17 sensitive industries.

The takeover of artificial intelligence specialist Blue Prism was waved through by shareholders this week, likely becoming one of the first deals to be called in under the act. Ultra’s investigation began under previous legislation, the Enterprise Act of 2002, so it will not be considered under the NSI laws. BAE is one of just two companies – along with Rolls-Royce – that cannot be sold to foreign bidders because the Government owns a so-called ‘golden share’. The £18billion company has 50 sites in the UK and a worldwide workforce of around 90,000. It exported £3.9billion of goods and services in 2020 – equivalent to 0.7 per cent of all UK exports.

Charles Woodburn, BAE Systems chief executive, said: ‘The investment we make in highly skilled jobs, research and development and our extensive supply chain supports thousands of companies and tens of thousands of people and the communities in which they live.’

Minister for defence procurement Jeremy Quinn said BAE was ‘helping us level up the country by supporting tens of thousands of jobs’.