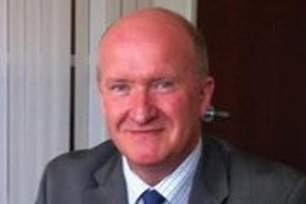 Mike Corcoran said he was stepping down from the troubled lender immediately. The company refused to disclose the reasons for Corcoran’s departure.

But it came after shares fell 41.9 per cent as Amigo launched a final push to get its customer redress scheme passed by the High Court.

Amigo has a complaints bill of £344.4million, racked up after handing out loans to customers who should not have passed affordability checks.

A fresh court hearing in April will decide how much Amigo should pay back.

It said an updated scheme would see shareholders own just 5 per cent of the firm if they did not participate in a fundraising to help the business pull in more money.

The Mail on Sunday can reveal that Ashley’s St James Holdings issued a High Court claim against Staveley in recent days – just three months after completing the £305million sale.

Staveley has been targeted by Ashley’s lawyers alongside her husband, British-Iranian businessman Mehrdad Ghodoussi.

It is understood that neither has yet been personally served with proceedings, but they are aware of the case. 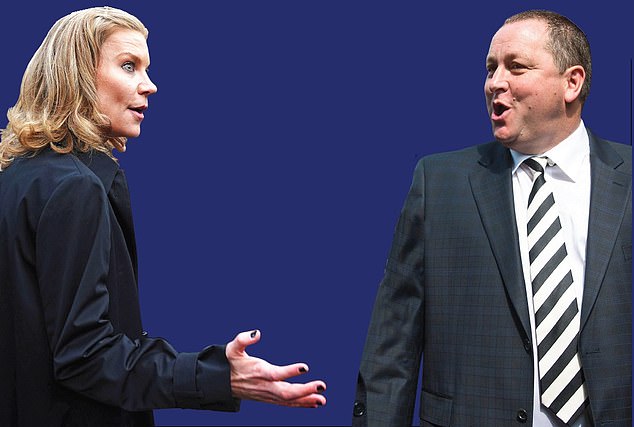 Own goal?: The legal teams of Amanda Staveley and Mike Ashley will soon be tackling each other at the High Court

Details of Ashley’s complaint and the scale of his claim remained a mystery last night.

The emergence of potential High Court litigation represents a notable change in tone between the two. There had been no sign of bad blood in the aftermath of the acquisition, which was completed in October.

Staveley and Ghodoussi singled out Ashley for praise in their New Year’s message published on Newcastle’s website.

They thanked him and his team for the ‘commitment’ shown in getting the deal over the line, stressing that it would not have been possible without him.

The apparent falling out is the latest twist in the ongoing saga of the sale of Newcastle United, which was owned by Ashley for 14 years.

Staveley, chief executive of PCP, is now on the club’s board. PIF, which has an estimated value of £700billion, has taken an 80 per cent share in the club, while the remaining 20 per cent was divided equally between Staveley’s PCP and Reuben Brothers, which owns RB Sports & Media.

The sale, four years in the making, had at times become fraught by legal tussles that threatened to derail the deal.

The Premier League initially decided to block the sale in 2020 amid concerns over whether the new owners would pass the ‘ownership and directors test’ and wranglings over global streaming rights.

This led to Ashley launching various actions in an attempt to push the deal through. He met resistance from the Premier League and clashed with its chief executive Richard Masters.

His legal battles included a failed attempt to remove the chairman of an arbitration panel which had been set up to decide whether to back the Premier League’s opposition or approve the takeover.

Ashley wanted the chairman to be ousted on the grounds that he was supposedly not independent.

He even took the footballing body before a Competition Appeal Tribunal when it threatened to railroad him into missing out on selling his shares in the club.

As a result of his clashes with the Premier League, the takeover came close to collapse last summer.

But in October the Premier League finally gave it the green light after it received ‘legally binding assurances’ over the Saudi State’s involvement. Ashley had bought the club for £133million in 2007 and the recent sale gifted him a significant windfall. 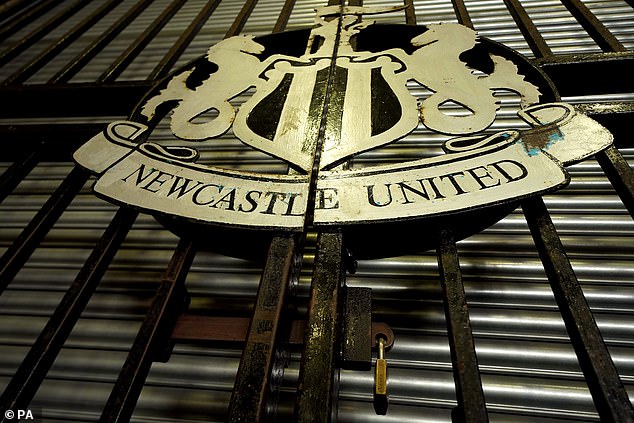 His long reign at the club had at times been controversial. In April 2017, HM Revenue & Customs raided the club with a search warrant relating to the alleged underpayment of tax and National Insurance. However, in May last year that criminal investigation was closed.

Fans had regularly railed against the tycoon over his management of the club.

Staveley had previously said she was excited by the prospect of their removal: ‘It’s a slight frustration when I go into the stadium and I try to take a picture which doesn’t have Sports Direct,’ she said.

Details of a financial tie-up between Ashley and Staveley emerged in 2020 when it was disclosed that St James Holdings had agreed to make a loan available to PCP Capital.

However, the MoS understands that Staveley did not borrow any funds when purchasing her 10 per cent stake in the club.

Ashley’s most recent accounts indicate that all payments relating to the £305million deal have been made.

Further documents are expected to be submitted by Ashley’s legal team. Ashley is retaining Dentons for the case – the same law firm that advised St James Holdings on the takeover. Staveley has called upon magic circle outfit Freshfields.