At the height of its power the USSR spread out for more than 8.6 million square miles (22.4 million square kilometres) and the whole region was dotted with monuments and statues promoting Soviet ideology.

While some of the most famous of these monuments have now been toppled, hundreds still exist and a brand-new photobook has been released by French snapper Jason Guilbeau that showcases some of the most surreal.

Compiling the book during lockdown, when travel was restricted, Guilbeau ingeniously enlisted the help of Google Street View to virtually scour Russia and the former Soviet Union for the signs.

The foreword to the book, written by Clem Cecil, explains: ‘Relics of the Soviet past transport us in time and space. Those featured in this book are far from the beaten track, in places it is unlikely we will visit. Each one is a minor monument to a Soviet vision of the future, the foundation of which crumbled some 30 years ago.’

Scroll down to see 14 of the fascinating images presented in the book. 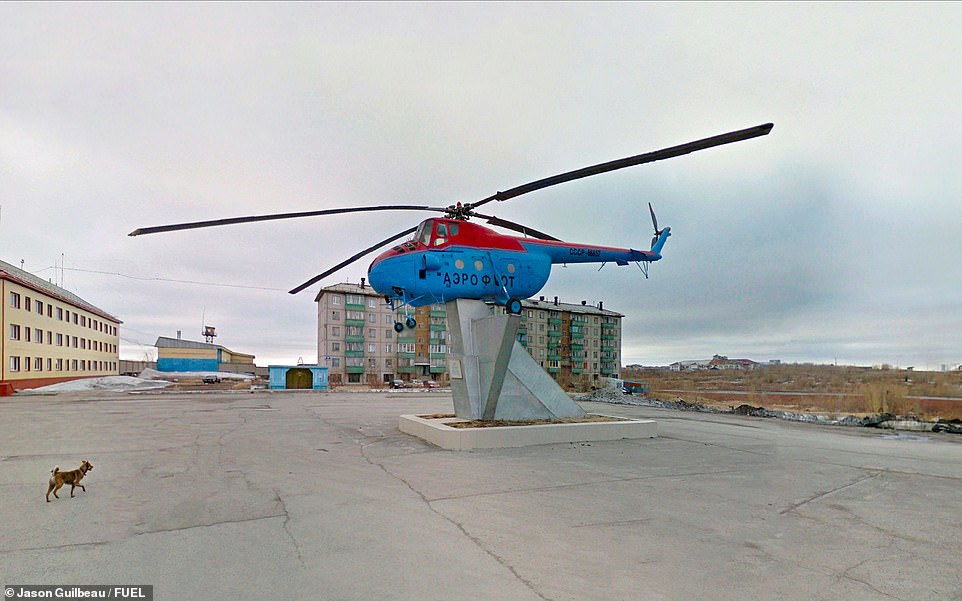 This shot showcases a monument in the mining town of Vorkuta in Northern Russia. The foreword to the book, written by Clem Cecil, explains: ‘The minor pieces of street art, monuments and insignia shown in this book, were foot soldiers to the major monuments, such as Mother Russia outside Volgograd (formerly Stalingrad)’ 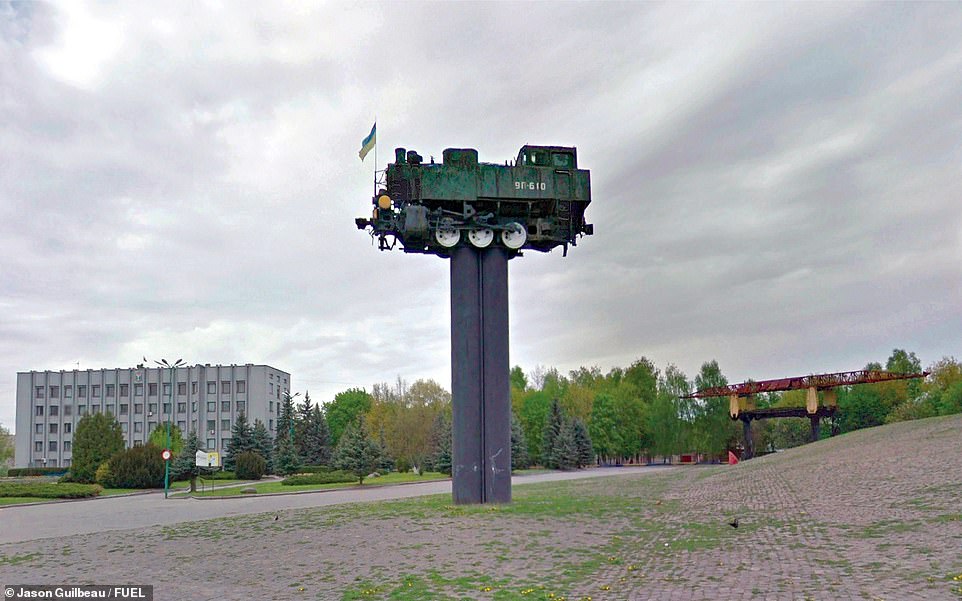 This locomotive-topped monument is located in the city of Shepetivka in western Ukraine. In the first few pages of the photobook, readers learn: ‘Life for the pioneers of the first Soviet republic was peripatetic. The road system assumed huge significance: an entire nation was perpetually travelling towards a bright future at which they never arrived. Like bystanders cheering on marathon runners, roadside propaganda served as a morale booster in the exhausting collective endeavour’ 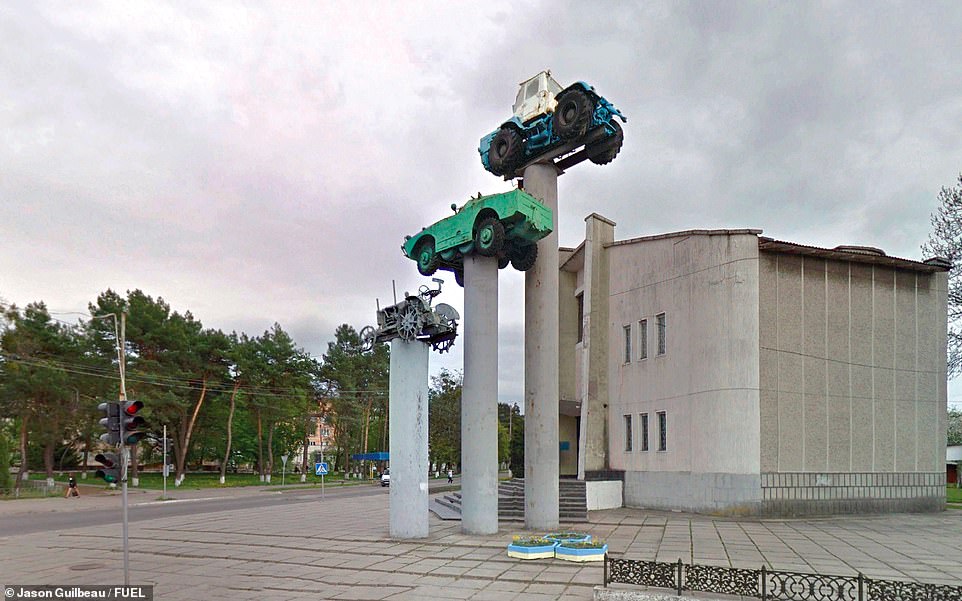 ‘Monuments of tractors, steam trains, trucks, cars and aeroplanes (later to be joined by space rockets), helpfully reminded citizens that, in its efforts to reach new peoples and places, the Soviet authorities had conquered movement in all its forms,’ the book reveals. This particular shot shows a monument in the city of Slavuta in western Ukraine 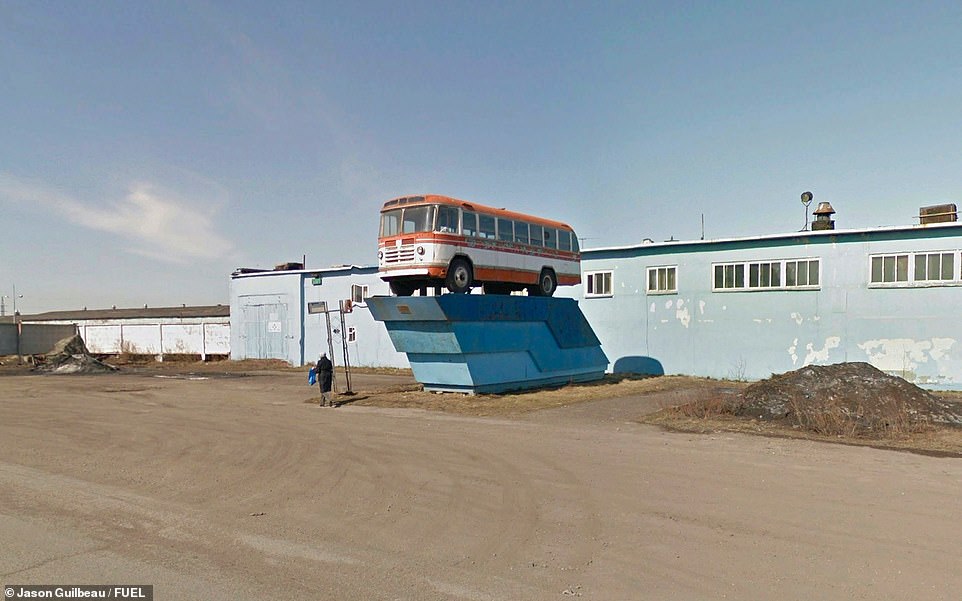 This image of a Soviet monument in the coal mining town of Vorkuta, just north of the Arctic Circle, was snapped as a woman carrying a shopping bag walked past. Cecil’s foreword to the book explains: ‘Around the static Soviet relics, scenes of everyday Russian life are captured by the all-seeing Google Street View’ 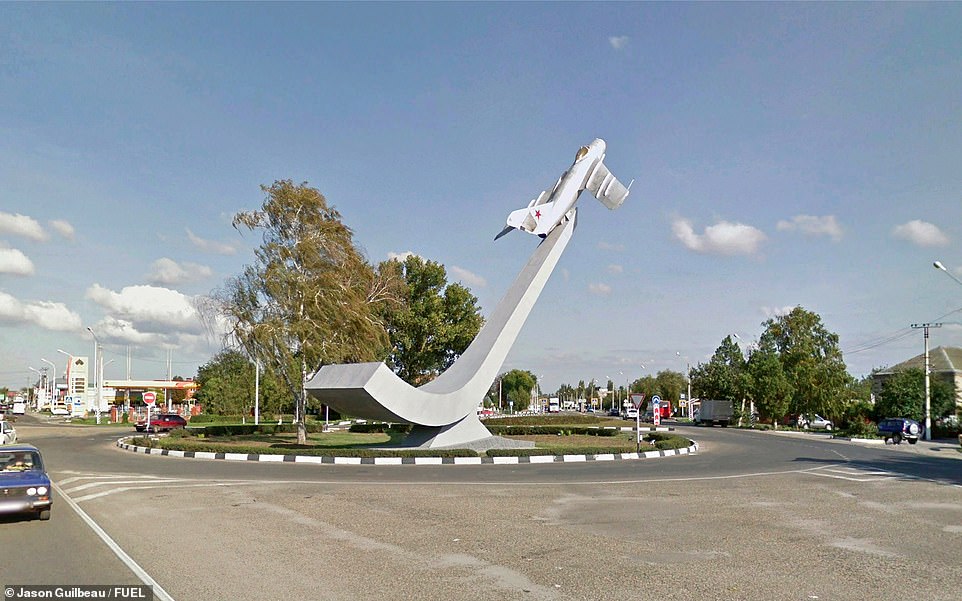 This photograph shows a jet fighter that’s anchored to the ground by its concrete exhaust plume. It’s located in Primorsko in Russia 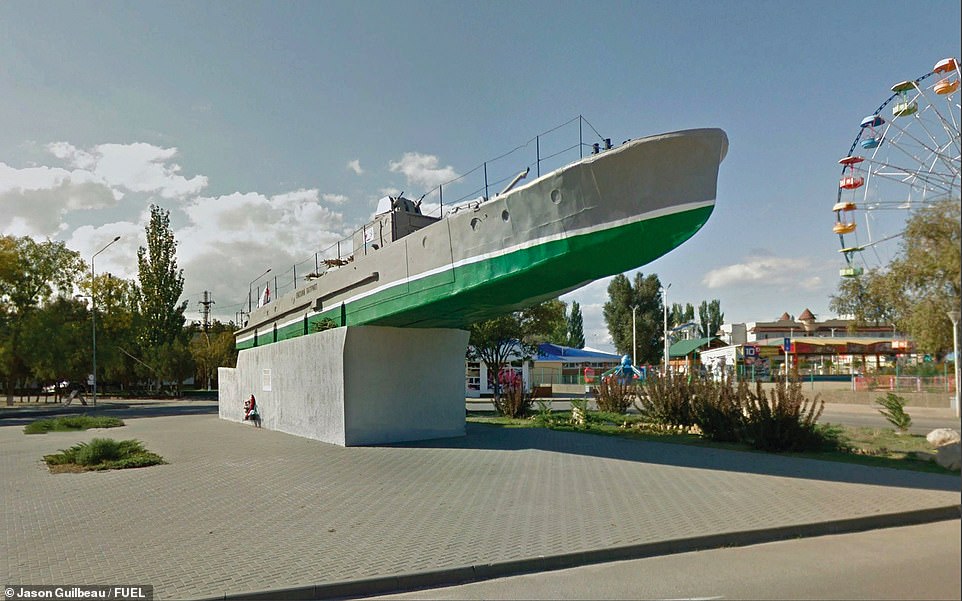 ‘Commissioned by local authorities, the desire of the regime to signpost all parts of its empire corresponded with the desire to keep everyone employed, including artists,’ the book reveals. This photograph shows a monument in Krasnodar Krai in the North Caucasus region of southern Russia 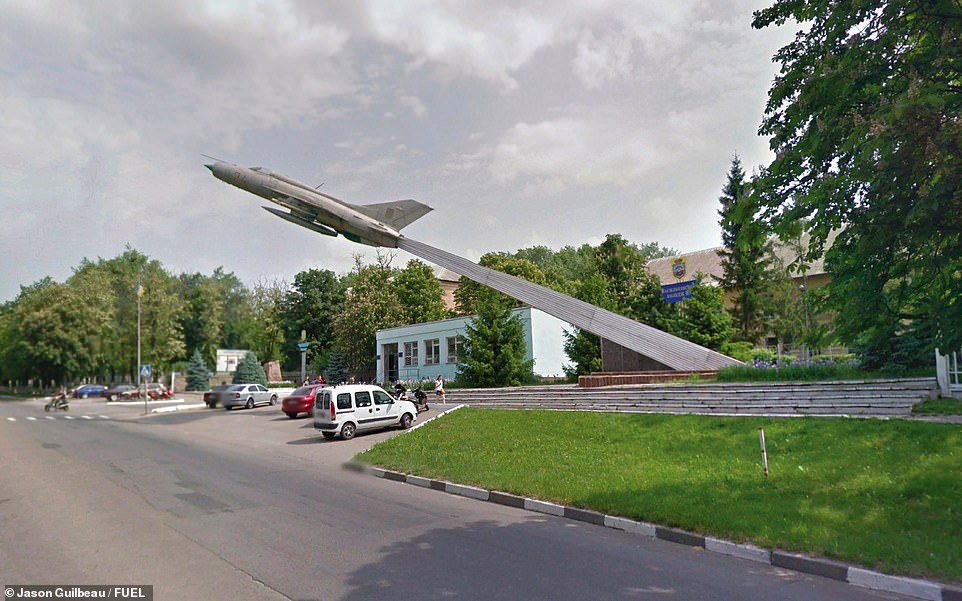 This huge monument of a fighter plane frozen in flight is located in Vasylkiv in Ukraine. In the book, Guilbeau deliberately keeps the locations of the monuments vague. The foreword to the book explains that removing the navigational markers strips the signs of their practical use, allowing Guilbeau to present ‘his own vision of the Soviet shadow still present in modern Russia’ 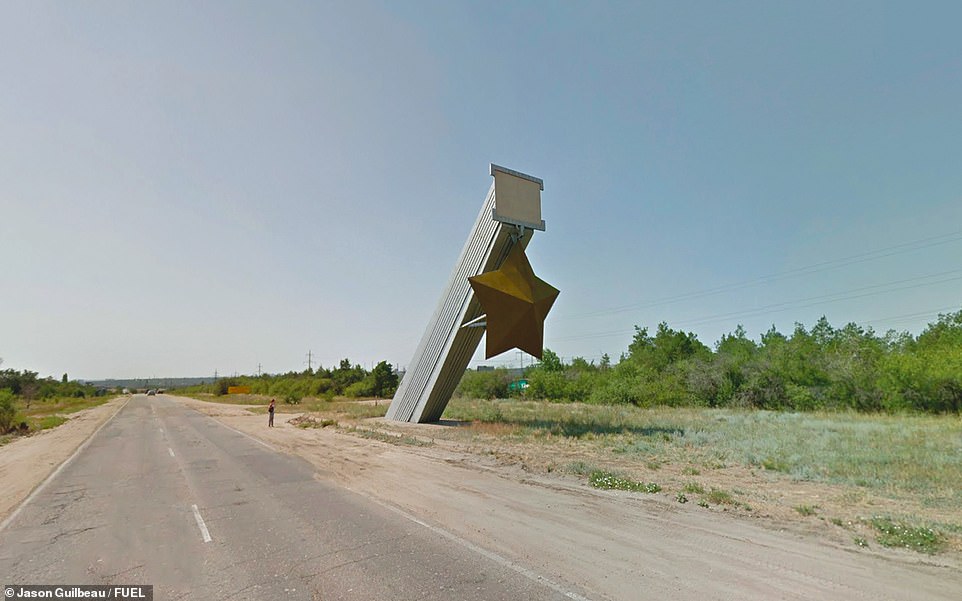 This star monument in Volgograd (formerly Stalingrad) dwarfs the onlooker captured on the left-hand side of the shot. The book explains how the ‘visual language’ developed by the Soviet empire was ‘an effective way to communicate among a predominantly peasant population’ 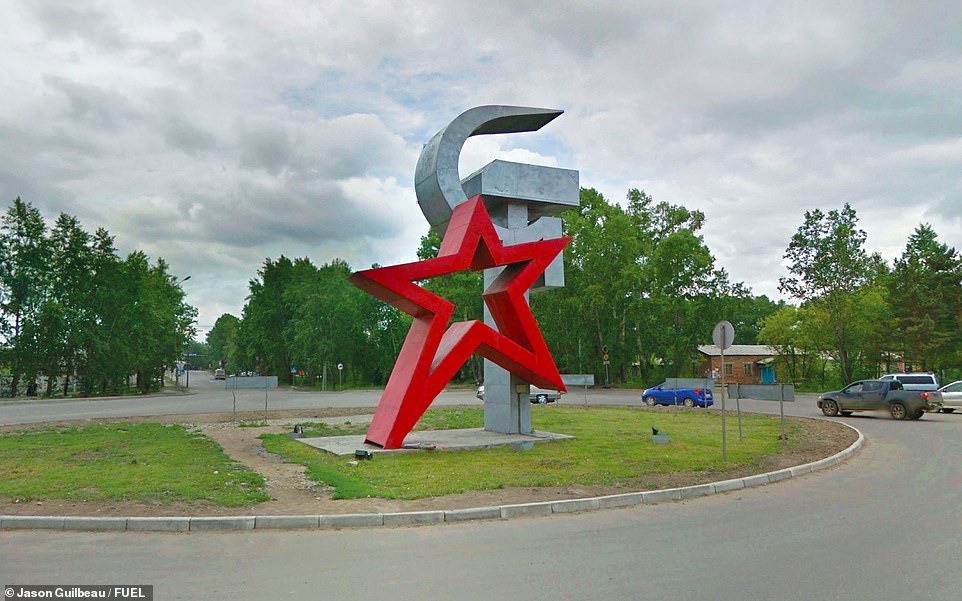 ‘After the fall of communism, images of statues being toppled proliferated, becoming as iconic as the monuments themselves. Lenins were reduced to rubble, Communist heraldry stripped out. But as we can see from these photographs, the remnants – the flotsam and jetsam of the Soviet era – are still sloshing around the former Empire,’ the book explains. This monument is located in Chelekhov, Russia 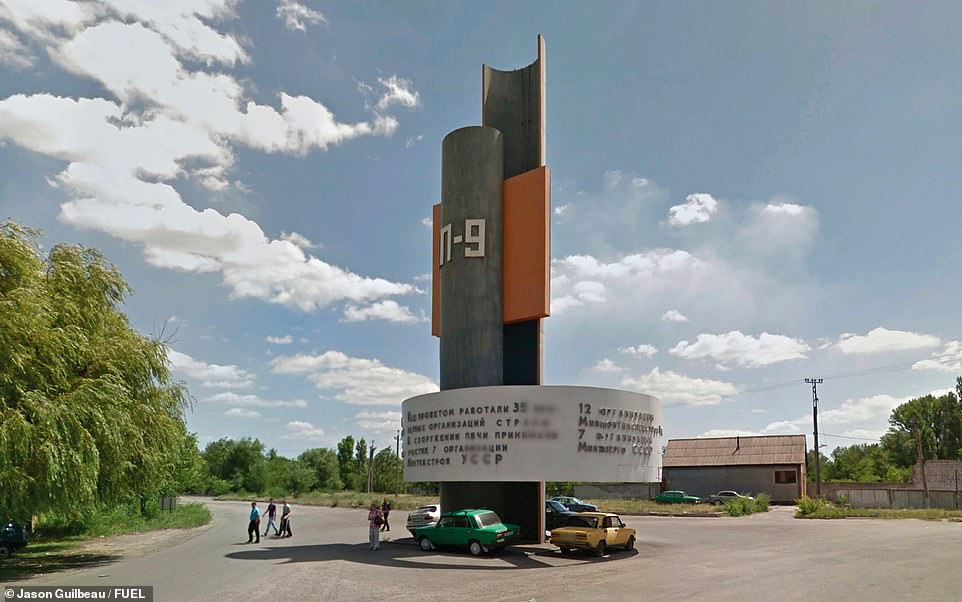 This is a monument in Kryvyi Rih in central Ukraine. The book says: ‘As well as serving a practical purpose, a street sign was an opportunity to promote Soviet ideals and victories’ 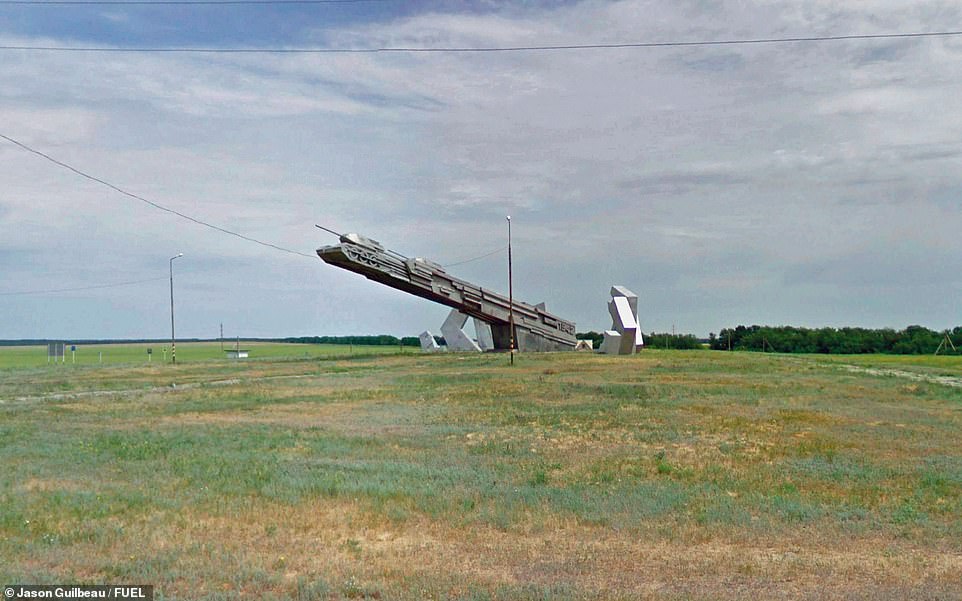 Shot in Volgograd Oblast in Russia, this image showcases a massive tank monument. The foreword to the book reveals: ‘Using limited materials and a prescribed vocabulary of symbols, the anonymous creators of these works strived for originality. Although their work is propaganda, the imaginativeness and dynamism they exhibit echoes down the decades’ 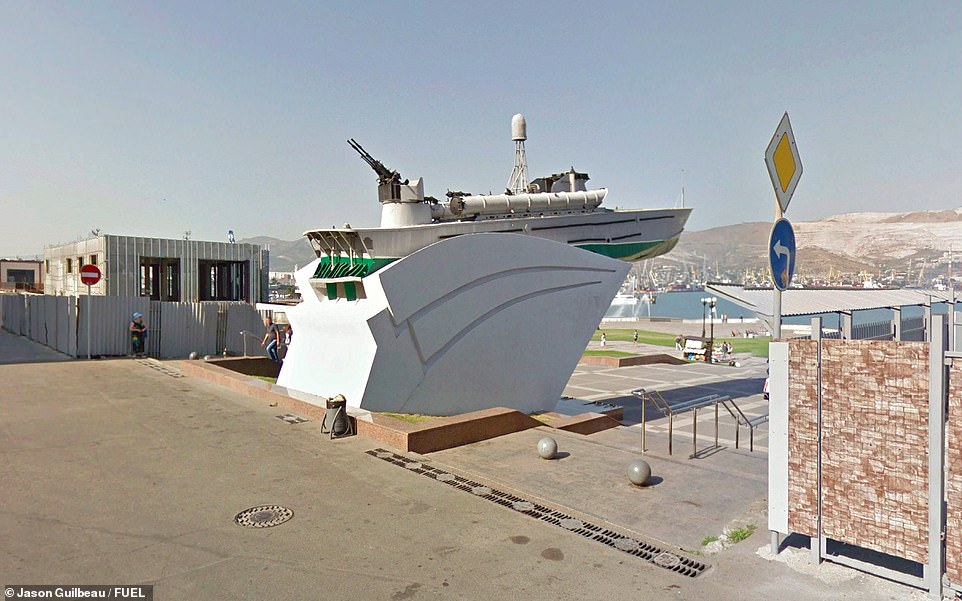 This photograph showcases a monument in Novorossiysk, Russia. According to the foreword, some of the monuments featured in Soviet Signs & Street Relics have already disappeared. It says: ‘Victims of progress, they now only exist on these pages, the loss of their physical presence made apparent by the constant updating of views [in Google] to reflect the current landscape’ 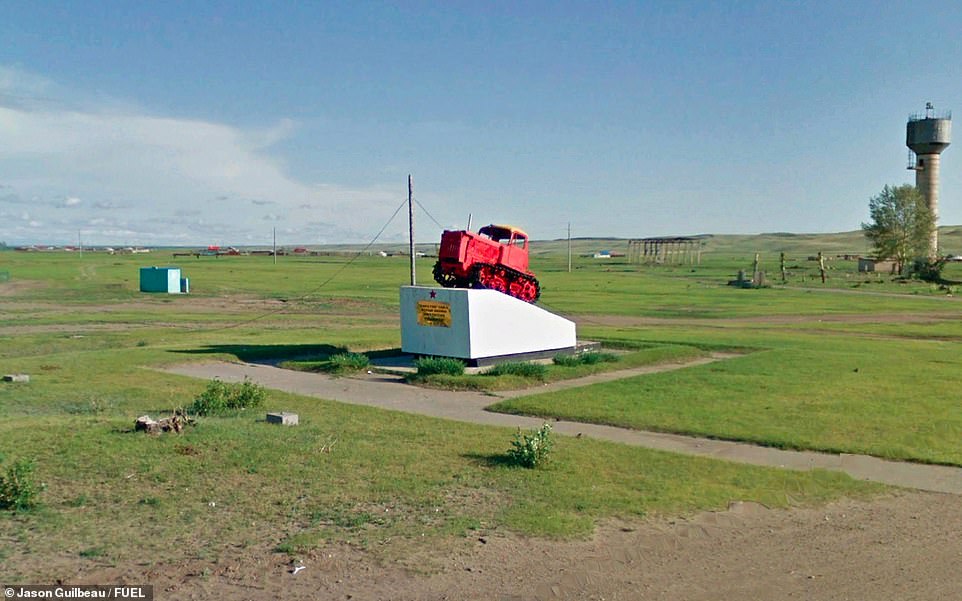 A red tractor crowns a plinth in Dornod, Mongolia, in this shot. The book explains: ‘These lonely markers defined the ideology and territory of an enormous empire’ 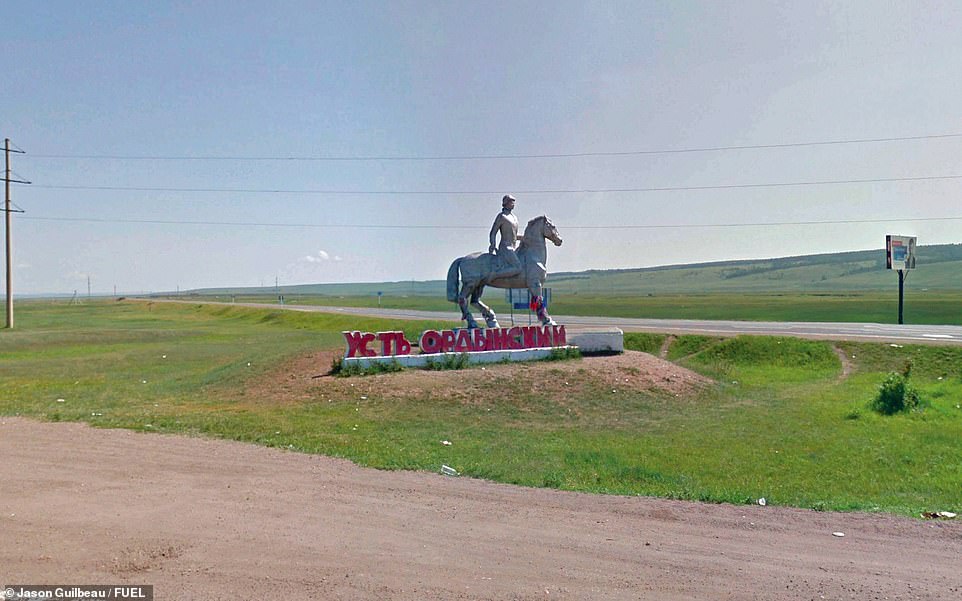 The foreword to the book reflects that the Soviet Union ‘could not have predicted that within a few generations of its inception, the entire edifice of Soviet Russia was to collapse, stripping them [the artworks] of their meaning, or that within years an American technological company would be micro-mapping every inch of their country’. This shot was taken in Ust-Ordynsky in southern Russia 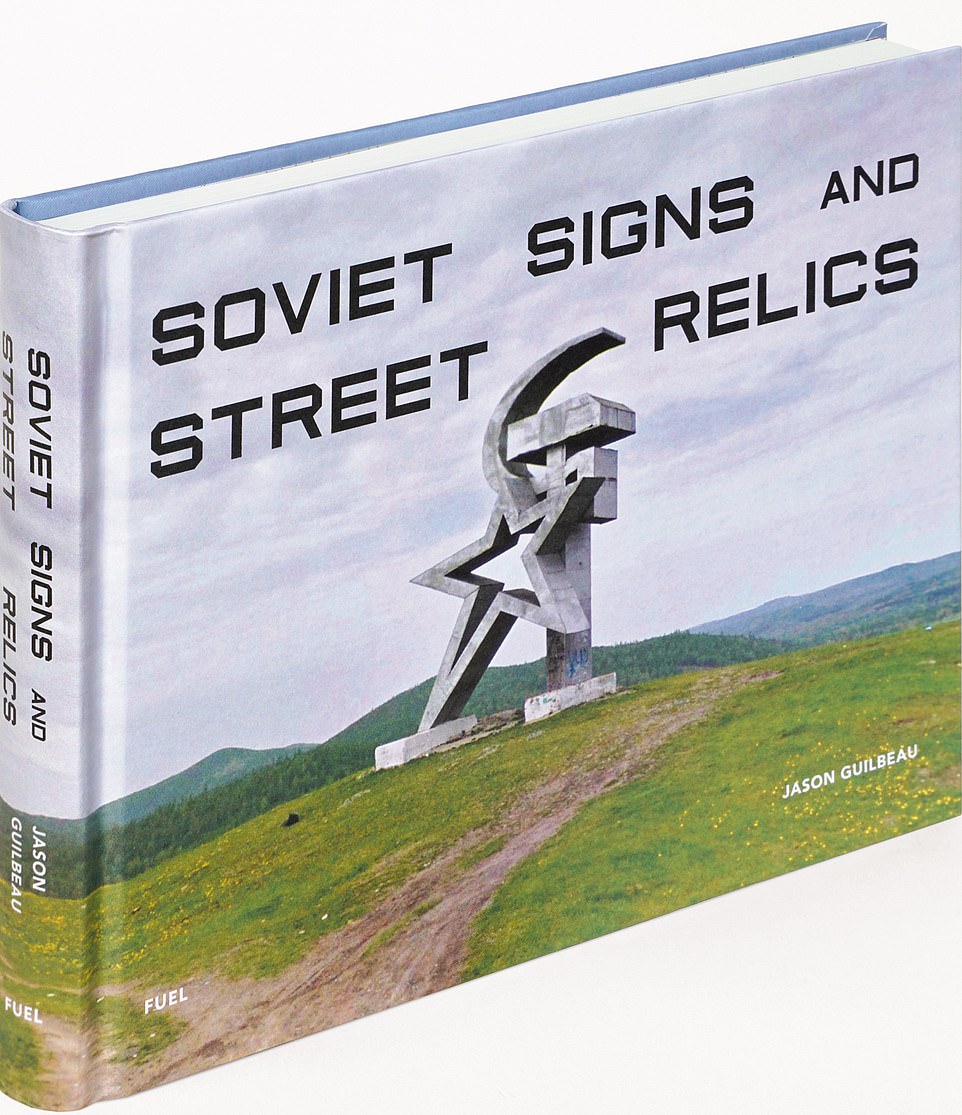