Get a move on with Woodford probe, FCA told: Watchdog urged to act swiftly as its investigation into fund boss’s downfall reaches final stages

The City watchdog has been urged to act swiftly as it weighs up legal action following the collapse of Neil Woodford’s investment empire.

Nearly three years after Woodford’s flagship fund was suspended, the Financial Conduct Authority said it has finally finished gathering evidence into the scandal.

And with thousands of savers still waiting for answers, MPs on the Treasury Select Committee called for a ‘swift conclusion’ to the investigation. 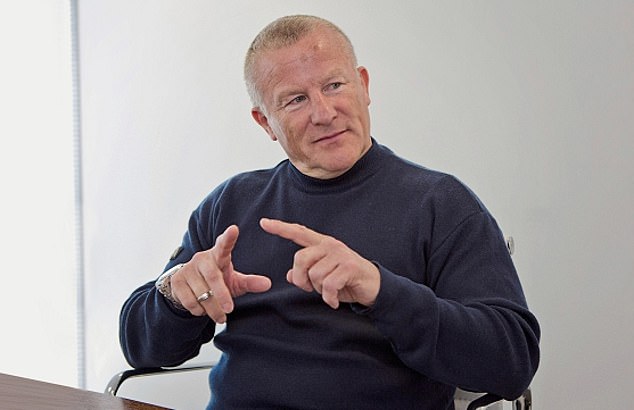 But savers who lost millions of pounds when the firm imploded in 2019 will have to wait a little longer to find out whether the regulator will pursue anyone through the courts – including Woodford himself.

The FCA said it was still weighing up whether to take legal action, and even if it did, it would not be able to tell Woodford’s long-suffering customers ‘until certain stages have been completed’.

MPs, experts and investors have been piling pressure on the FCA to complete its long-running probe into the collapse of Woodford’s empire.

Tory MP Mel Stride, who is chairman of the Treasury Committee, said: ‘The collapse of the Woodford fund led to significant losses for many retail investors.

The FCA’s investigation is set to move into a new phase, and I have written to the FCA to urge them to allocate the resources required to enable as swift a conclusion to their investigation as possible.’

Too many savers were trying to pull out their cash and Link, the firm which was supposed to be keeping an eye on Woodford’s management of the fund, eventually made the decision to shut it down.

Link fired Woodford, and appointed new managers to sell off the assets and return money to investors.

The move resulted in the downfall of the rest of Woodford’s empire. His smaller Income Focus fund was taken over by what is now Abrdn, and his Patient Capital Trust by Schroders.

Claims soon emerged that Woodford had been sailing close to the wind in his running of the flagship fund.

He had invested in many smaller, riskier firms which were not listed on the stock market.

And in an attempt to dodge City rules designed to protect savers, dictating how many of these stocks he could hold, he listed their shares on the obscure Guernsey stock exchange.

The fund had a value of £3.7billion when it was suspended. Around £2.5billion of savers’ nest eggs has been returned, and another £124million is still locked inside – meaning investors have lost around £1billion in just over 36 months, as the assets have been sold for bargain basement prices.

Savers have been desperate for the FCA to complete its probe into the Woodford debacle, hoping it might help them understand what went wrong.

Some saw their life’s savings dwindle when the fund was shuttered. Many want the FCA to point the finger at someone, as this would give them a better chance of claiming damages.

In a letter to Stride, published yesterday, the FCA’s chief executive Nikhil Rathi said the watchdog was analysing evidence collected during its interviews of people connected to Woodford and Link.

But he explained that even if the FCA did decide to take legal action, the regulator would be ‘unable to identify who it is against and what the allegations are until certain stages have been completed’.