By Katerina Tiliakou For Mailonline and Swns

This is the breathtaking moment a juvenile giraffe runs after a vehicle full of safari enthusiasts in South Africa.

The young male giraffe lives in the wild on the Game Reserve in Northern Kwazulu Natal.

The moment has been captured by wildlife photographer and safari guide Matt Yardley. He and his team made their getaway in the best interest of the guests – and the giraffe. 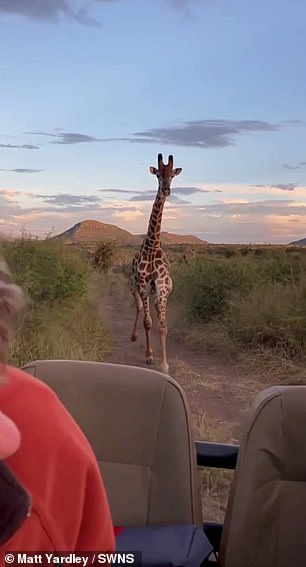 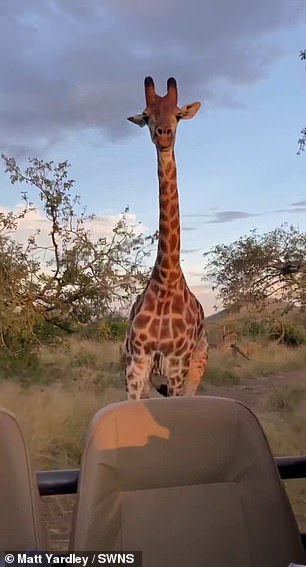 Matt, 35, from Salt Rock, South Africa, said: “The giraffe was abandoned as a youngster, but released back in the wild, so he still has a lot of wild in him.

“But there is also a certain tameness about him as well.”

Although the size and speed of the giraffe at first might look frightening, the youngster was simply investigating, and did not behave aggressively in any manner.

Matt added: “He was curious about the vehicle and trying to suss it out and that resulted in the chase. 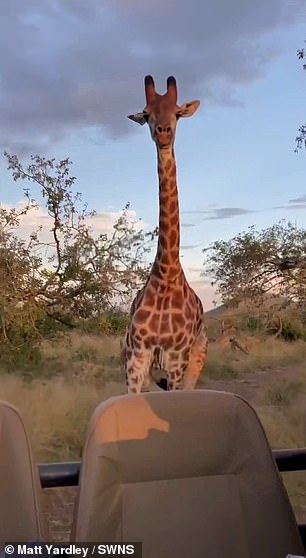 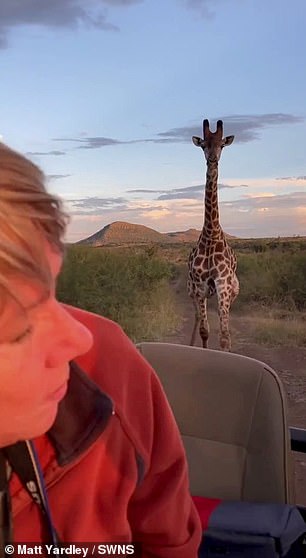 The giraffe manages to get very close to the vehicle

“He associated the vehicle with his upbringing, but at the same time he’s a wild giraffe, so there was a confusion which I thought was quite interesting.

“My thoughts while filming were the safety not only for my guests but also the giraffe. I was making sure that the driver was driving at a good speed so to keep the giraffe at a safe distance and we didn’t drive too fast and hurt ourselves.

“All’s is well that ends well, the animal was safe and no one was hurt. It was a great experience and a good laugh afterwards so it’s just one of those feel-good moments.”

The footage was filmed in early 2021.