Cars are not only filthy on the outside, polluting the atmosphere with CO2 emissions — they are also filthy on the inside, more so than you possibly imagine.

The inside of a car can host significantly higher levels of germs than the average toilet seat, according to a study by researchers at Aston University in Birmingham, UK.

Researchers collected swab samples from the insides of five used cars and compared them with swabs from two toilets.

In most cases, they say they found high levels of bacteria in the cars, equaling or exceeding the bacterial contamination found on the toilets.

The highest concentrations of bacteria were discovered in the trunk of the car.

Next, it was the driver’s seat, then the gearstick, back seat, and dashboard.

The steering wheels had the lowest amounts of bacteria of all the areas the researchers tested. They say that’s likely because people have used more hand sanitizer during the COVID-19 pandemic than they did before.

E. coli in the trunk

Jonathan Cox, a microbiologist and lead author of the study, told DW they found large traces of E. coli in the trunk, or boot, of the cars. 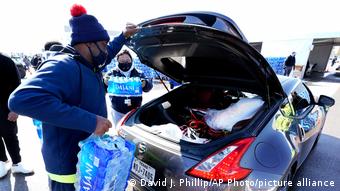 The trunk of your car hosts higher amounts of bacteria than the average toilet seat, research shows

“We tend to care a little bit less about cleanliness in the boot of our cars because it’s the main place we put things to transport them from A to B,” said Cox.

People often transport pets or muddy shoes in the trunk, said Cox, and that may explain the high levels of E. coli. The E. coli bacteria can cause serious food poisoning.

It’s also become common for people to have loose fruit and vegetables rolling around the boots of their cars, said Cox. That’s been the case in the UK since recent campaigns started encouraging people to reduce their use of disposable plastic bags from supermarkets.

“That’s one way we can introduce these fecal coliforms into our homes and into our kitchens and potentially introduce them into our bodies,” Cox said. “The purpose of the study is to create some awareness around that.”

A benchmark in surface bacteria studies

It’s a reminder that just because a surface appears clean, it doesn’t mean that it is clean.

And money’s even worse. Researchers at New York University have found that the surface of a single banknote can host about 3,000 types of bacteria.

Toilet seats are often used in studies of this nature — but why? It’s about public perception.

“It gives people a comparison,” said Cox. “Most of us bleach our toilets, probably on a daily basis, but when do we ever bleach our cars? We don’t.”

That attitude helps explain the results of the study, Cox said. While people know they have to clean their toilets, they don’t think of their car interiors in the same way.

“The purpose of the study is not to scare people. It’s just to get people thinking that the bacteria in their cars is not necessarily where they first thought, and also to get them thinking that it may be worth cleaning their cars on the inside as well as on the outside once in a while,” said Cox.

COVID-19: The pandemic is far from over

Do chimpanzees have the right to life? 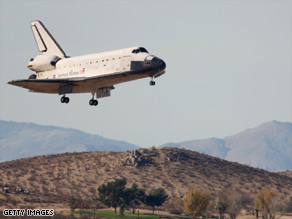